Spiders give off a very powerful type of chemical when they are ready to mate. The males go in search of the males in order to be able to mate with them. They are able to tell not only if the female is ready to mate but if she is of the same species by the chemicals she gives off.

Many times they will find newly molted females because they are weak. They aren’t going to be very dangerous to a male who is looking to mate with her. Some species have to be more careful about this than others.

Elaborate courtship to prevent the males from being eaten before mating has been successful. Sometimes the female will kill the male and other times she won’t. It is hard to understand what the process is for that decision to be made. Part of these rituals involve the male vibrating the web. If they are able to calm her enough then she will be less likely to take part in aggressive behaviors.

Some species of Spiders also take part in dancing or elaborate moving for courtships. The females often don’t accept the males for mating though and will kill them or run them off. They can be very aggressive during this period of time. It isn’t fully understood why they refuse to make with some males but will with others. Size doesn’t seem to be the only factor that will determine who she will mate with.

The reproduction cycle of the Spider is very different from what many would expect. Mating doesn’t require male and female sperm and egg to match. Sperm is placed on webs and then transferred to the tips of the females. For some species of Spiders though the ritual will end with the male being consumed by the female. There isn’t any real understanding why this is part of their natural survival instincts.

However, this isn’t the case with all Spider species but many people often place that statement on all of them. There are really only a handful of them that follow such rituals and routines.

There are also species of Spiders where the females will die soon after she lays the eggs. Others carry them with her and they will start to emerge but when they so she will die. The circle of life for the Spiders can be very complex to understand. 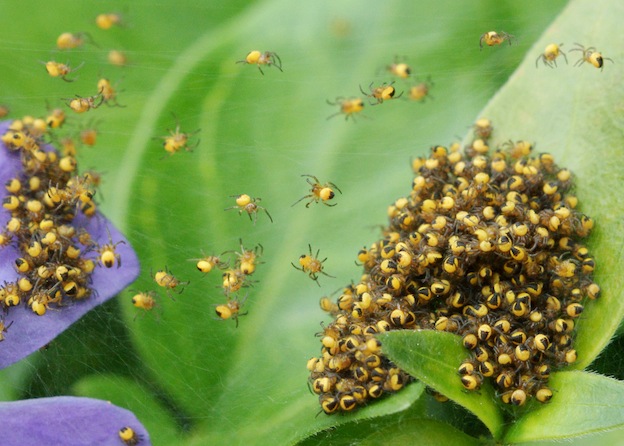 This is why there is often a myth that the young are never cared for by their mothers. However, some species of Spiders do care for their young. They are very good at doing so which is also interesting to observe. Yet we don’t have a great deal of information about that bonding period. It is more likely that they will be doing more with meeting their needs than with being able to develop strong relationships with them.

Up to 3,000 eggs for some species can be deposited into the egg sac. The young will remain in the egg until they are ready to hatch. When they emerge they are miniature versions of the adult species. Yet there is on a chance for a very small amount of them to be able to survive to the age of maturity. This is why there survival mechanisms involve them offering many offspring at once.

The average life cycle of a Spider in the wild is 3 years. This is due to the various mating rituals. However, in captivity they may not be able to mate. This can be a reason why they are able to live many years longer. The overall life cycle can be very different based on a given species. For example there are Tarantulas in captivity that have survived for more than 22 years.