The anatomy of a spider is very interesting. They are designed to help them move with ease and to conserve energy. Even though there is plenty of variation when you look at the size and colors of spiders they all have general characteristics.

The largest part of the body is the abdomen and it is in varied shapes. Some of the larger Spiders look like they have two sections here. This abdominal area is also where the silk is made. They need it to create webs where they will capture their prey.

All spiders have 8 legs and they work as 4 pairs. They are on the sides of the body. With so many legs though they don’t have good balance. They have no muscles in those limbs. Instead, it is hydraulic power that they use for movement.

Many people confuse the Spider with an insect. The main difference though is that they don’t have any antenna. They are covered with hair though but it can blend in so well with their coloring that you won’t notice it unless you are very close to the Spider.

Their coloring can change too depending on the background where they live. They rely on their colors to help them stay camouflaged from their predators. However, when they have to move out of their normal habitat to find food and shelter they are going to become more vulnerable.

They go through a molting phase when they are adults annually. This allows them to shed their old skin and for new skin to appear in its place. You may find plenty of the dead skin lying around in their habitat too during this time of year.

They have 4 pairs of eyes that help them with direction since they lack in balance. They are also nearsighted so they end up only being able to see what is up close by them. They also have a very advanced central nervous system that allows them to sense danger and to take cover from it.

They feature fangs that allows them to inject venom. This venom is typically enough to kill its prey. Depending on the type of Spider it may have little effect on humans. With other species though it can make them ill or even kill them. They don’t feature jaws for chewing. 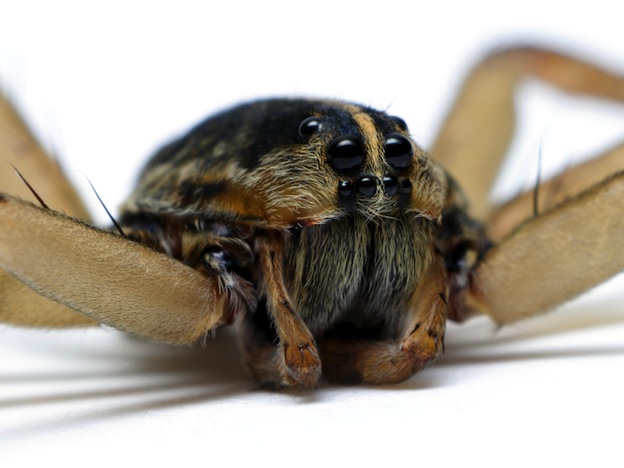 They can’t consume solid foods so they have to rely on the venom to cause the prey to start to disintegrate. Then they will suck up all the fluids in order to have their meal. There are touch sensors at the tips of the limbs for the Spiders. This helps them to identify surroundings.

There are chemical sensors too that help them with taste and smell. It is believed that these sensors also play a role in the process of attracting a mate for many species of Spiders.

Many experts do find the anatomy of the spider to be very fascinating. At first glance there may not seem like there is anything unique about it. However, as you look at the minor details you will be able to take a closer look a how all of these fine details really do make a huge difference for the Spider.

You can also get a great appreciation for them when you compare various species side by side. You can get a good idea about how their bodies have been transformed to help them thrive in an environment that seems to be constantly changing around them.