The Hobo Spider is one that is considered to be very aggressive in nature. They are highly adaptive to many locations. They are ranked right up there with the Black Recluse and the Black Widow when it comes to what people perceive from them.

The Hobo Spider don’t have bands of colors like so many other Spiders do. This can be one way to narrow down what you are looking at. In the middle of the abdomen they have V shapes that point towards their head. They also have two spinnerets that come out of the abdominal. The sternum features a strip that runs down it.

Europe is the location of the Hobo Spider but it has migrated to many new locations over time. It has been introduced to areas of the United States in the 1930s in Seattle. The theory is that many eggs may have been inside of an agricultural shipment. However, there is no way to know for sure. Today they are also found all the way into Idaho. 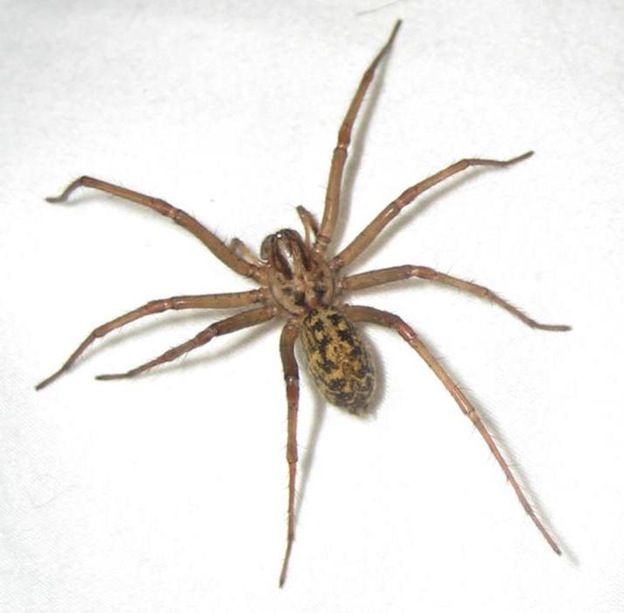 It can be hard to see the Hobo Spider due to the fact that they often hide. They do look for warmer temperatures when the seasons change. This is when people may see them inside of their home. They are usually isolated with the exception of when they are going to mate.

They don’t see well so if one of them runs towards you that isn’t a sign of aggression. It could mean they are confused and trying to get away. However, this is likely where many stories of  attacks on humans stem from.

This is one of the Spiders known to make a funnel type of web. They will lie down in this web and wait for their prey to come along. Cockroaches, flies, silverfish, beetles, and many other pests are what they mainly will eat. They don’t climb well so they typically are content to eat what is on the ground level.

The males will go in search of the females for mating. This is also the time when they are all looking for warmer climates. Once mating is successful the male will die shortly after. This is why the average life span for they is from one to three years.

They are very protective of their egg sacks. In fact, this is one instance when they will bite and release venom instead of retreating from threats. Females die after laying eggs.

A bite from a Hobo Spider can be very painful. It should also be something you seek medical attention for. Even though this is an aggressive type of Spider they tend to avoid humans as much as possible. Usually bites occur when it is in clothing or other areas where the skin of a person is pushing up against it. There are still many studies in place to determine the potency of these Spiders. However, there is plenty of conflicting information.

Some individuals have had very adverse effects from exposure to a Hobo Spider. As a result they have had flesh areas on their body that start to eat away. This can progress rapidly so it is wise to have a doctor look at the problem right away. A type of anti venom may have to be injected to control the spread of it to other areas of the body. Thankfully it is very rare that someone dying for this.